Brexit and its impact on UK-Norway relations

During this transitional period, the UK will be treated as if it were still a member of the EU and EEA. Norway’s relationship with the UK, and the situation for Norwegian citizens and businesses and vice versa, will remain unchanged throughout 2020. During the transitional period business activity, freedom of movement, appropriations and other activities previously governed by EEA-terms may continue on the same conditions as before Brexit.

Norway, Iceland and Liechtenstein has negotiated a separate agreement with UK, which covers relevant parts of the withdrawal agreement between the EU and the UK. The agreement was signed in London on January 28 and is intended to safeguard mutual interests, even after the end of the transitional period.

Norwegian citizens who have acquired rights in the United Kingdom, and British citizens who have acquired rights in Norway, will retain these in accordance with the agreement. This means that Brexit will not result in any changes for Britons settled in Norway or for Norwegians settled in the UK. The UK authorities have established their own system for registering Norwegian citizens in the UK, and UK citizens who move to Norway before 31 December 2020 must go through a separate application procedure.

The agreement between Norway and the UK safeguards, among other things, the right to continued residence, work and business establishment for people who exercise these rights before the end of the transitional period. Furthermore, the agreement contains rules on continued acceptance of professional qualifications, and rules on coordination of social security benefits – including health care benefits. The agreement also clarifies outcomes of processes initiated before the transitional period ends, but have its completion after the expiration of the transitional period. This affects, among other things, trade in goods, custom barriers and procedures, protection of patents and copyrights, ongoing public procurement procedures, cooperation in criminal matters, as well as the exchange and protection of personal data.

Norway and the UK have a long history of close ties and cooperation, and the agreement will ensure continued trade between UK and Norway. The UK is Norway’s largest bilateral trading partner, and the aim is to maintain trade and the close economic relationship though a free trade agreement. When the UK leaves the single market on 1 January 2021, Norwegian companies may face increased trade barriers. From next year, Norway will need to put in place new fisheries and trade agreements. Other issues, as chlorinated chicken, may also have significant impact on the result of the negotiations. After January 31 2020, UK and Norway will begin negotiations on the future relationship between the two countries following the expiration of the transitional period. 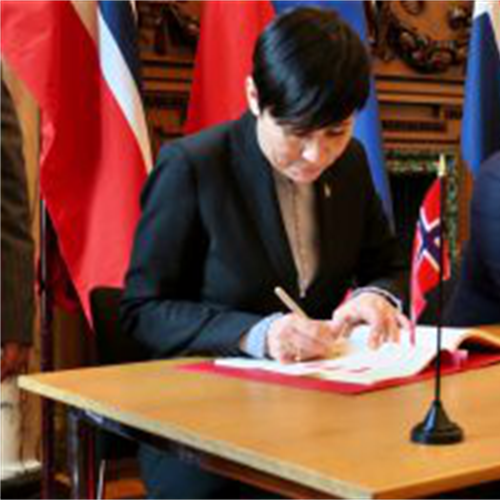