ECIJA expands to Asia with Grandall

ECIJA and Grandall sign the biggest strategic agreement between a Spanish and a Chinese firm, turning out to be 3,500 lawyers and 54 offices in Iberia, Latin America and Asia.

The Spanish firm ECIJA and the Chinese giant Grandall announce the subscription in Madrid, Spain, of one of the mayor strategic agreements between a Spanish and a Chinese firm. The agreement, which will result in one of the most ambitious international joint ventures within the legal sector, will have a exposure on three continents, Europe, Asia and Latin America, and will bring together more than 3,500 lawyers in 18 countries, up to a total amount of 54 offices.

In the presentation of the agreement, it was highleghtes the important step the greegement respresents not only for the Spanish law market, but also for the Spanish economy. In this regard, Lv Hongbing, Grandal’s Presidentl, emphasized trade relations between Spain and China: “According to the data of the Ministry of Commerce of China, China is the third export country and the seventh import country with Spain and currently there are many Chinese projects taking place in Spain.”

Likewise, Grandall’s Founding Partner, Lee Chun, referred to the agreement as an accompaniment strategy for Chinese companies in other markets: “We use Spain as a connection vehicle, through ECIJA, for Chinese companies to establish themselves in Europe and Latin America, which allow us to schedule a quality service that exceeds the place, the area and the time slot. We set a collaboration precedent between Chinese and Spanish lawyers.”

The ratification coincides with a moment of Chinese tarde opening towards foreign investment, where the possibilities of investment in the Chinese financial markets, banks and management companies have expanded, as Meng Wei, spokesman for the State Committee of Development and Reforms of China, mentioned this past summer.

The agreement, which arises after several years of Grandall’s collaboration with the Spanish firm Colón de Carvajal, integrated by ECIJA in 2018, will allow the Spanish firm to compete in the best international legal projects. Alejandro Touriño, ECIJA’s Managing Partner, stressed that “ECIJA’s commitment to the Asian market is not a brave decision, but the Firm’s duty in order to provide a global service to its customers.”

Finally, Hugo Écija, ECIJA’s President, explained that the Firm wants to consolited itself as the first worldwide Firm in Digital Law and due to this unprecedented joint venture the firm takes a giant step. “In a global and digital society, we must innovate and exceed our clients’ expectations”, the President emphasized. 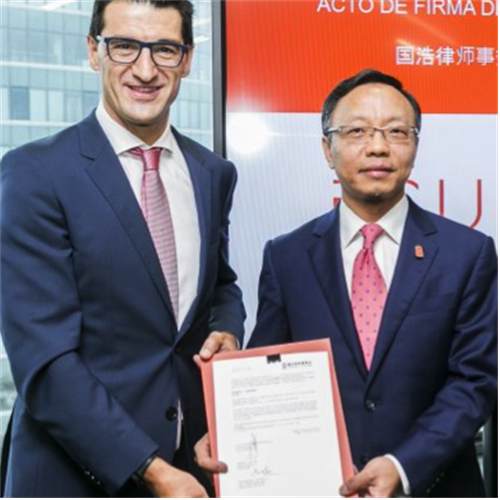