The New Zealand Government’s recent budget allocated an additional $4billion for national infrastructure projects. After decades of underinvestment in our motorways and other public transport systems and infrastructure, New Zealand is in catch up mode.

These public works initiatives combined with the need to rebuild Christchurch following its devastating 2011 earthquake, brings into sharp focus the plight of land and business owners being forced off their land and places of work, to enable construction of these projects.

I have spent the last 20 years of my legal practice representing and advising central and local government, as well as landowners, in the public works space. My work in this area, particularly for affected owners, has shown that there is an urgent need for these owners to be treated with much greater fairness.

It is a long established principle of common law dating back to the Magna Carta (1215) and the Bill of Rights (1688) that no person should be deprived of their land/property without due process and for fair compensation.

The Public Works Act 1981, although it allows for fairness and full compensation, has often in my experience been applied in a draconian and mean-spirited manner by Crown agencies looking, in some instances, to take land and relocate businesses as cheaply as possible for their intended project.

There appears to be a culture in government where “saving taxpayers’ dollars” trumps any obligation to pay landowners the equivalent dollar compensation for what they have taken from them.

In addition, I have seen a number of negotiations stall because the government valuer and the owners’ valuer cannot agree on current market value. There has also been a marked reluctance to allow affected owners early and ongoing legal assistance. Reimbursement of a landowner’s reasonable legal costs, is a clear government obligation pursuant to s.66 Public Works Act 1981 and owners should never be out of pocket for these costs at a time of high stakes and high stress.

For many years the solatium, “sorry for taking your property” payment was set at an insultingly low sum of $2,000.00. The recent Resource Legislation Amendment Act 2017, has increased this amount to a maximum of $50,000.00, and not before time.

At Turner Hopkins, we specialize in representing land and business owners having their properties acquired for public works. We can guide you through the process and maximize your compensation to the fullest extent available under current laws, including seeking 100% payment of your legal costs by the government agency.

We will assemble a team of specialist valuers and consultants to assess the current market value of what is being taken from you, be it residential or commercial property, or going concern business operations with leasehold rights.

If you are approached by NZ Transport Agency, Auckland Council, Auckland Transport, Watercare, or any other government authority or utility company wanting to acquire your land, we can help. 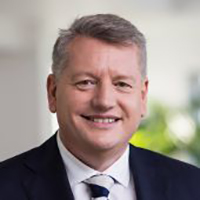